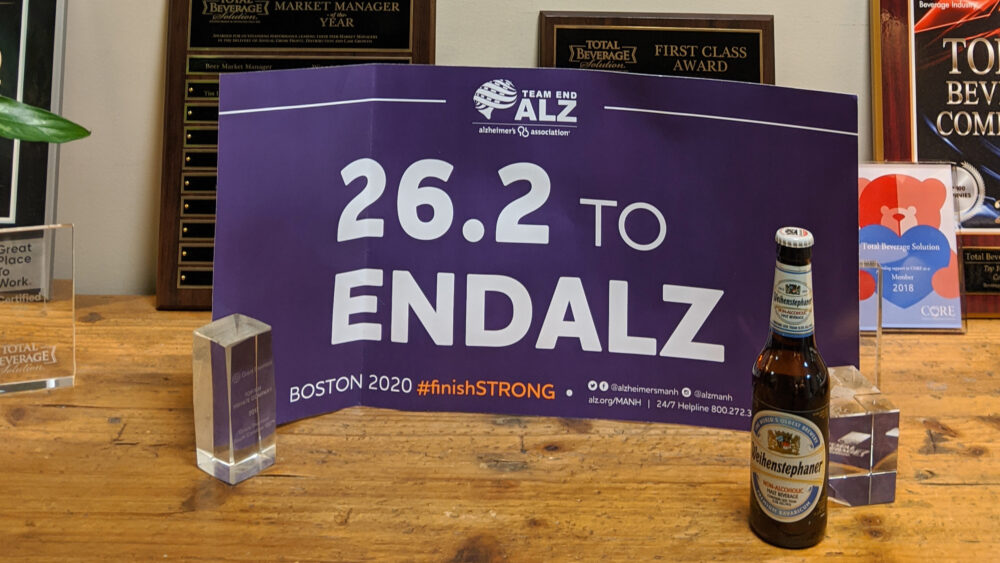 Dave Pardus, CEO and President of Total Beverage Solution ran a virtual marathon on September 9, 2020. Dave was originally going to run in the Boston Marathon in April 2020, before it was postponed and later cancelled altogether due to COVID-19. This is the first time the Marathon has been cancelled in 124 years.

Dave’s entry into the Boston Marathon was a part of a fundraising effort for the Alzheimer’s Association as a part of Team End ALZ. This cause is important to Dave because his mother was diagnosed with the disease nearly a decade ago. His personal fundraising goal for the Alzheimer’s Association is $25,000. He will attempt to raise the balance of this goal by running in the 2021 Marathon. Joining Dave will be his younger sister Sue who was also going to run as the two of them had never run a marathon together and are excited to support their parents in this worthy cause.

Dave said he was not training at the same level as he was prior to April, but hoped a day with clouds, cooler temperatures and a bit of rain would make it a little easier on him. His route took him over to our office in Mount Pleasant where he got some encouragement, a snack, and a cold, refreshing Weihenstephan Non-Alcoholic beer.

Click here to learn more about Dave’s story and why he chose to undertake this challenge with the support of the Alzheimer’s Association. 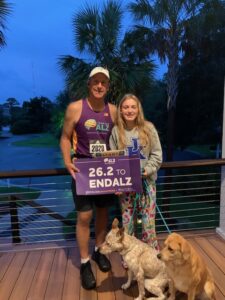 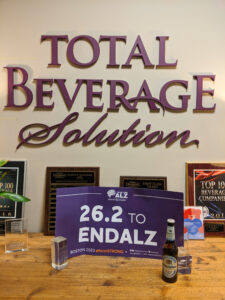 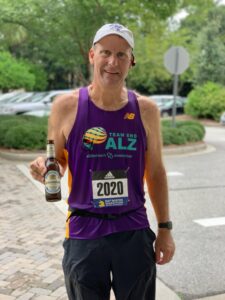