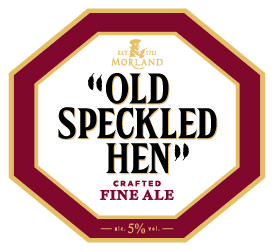 Trivia Teams from Around the U.S. Battle to Find the Brightest Pub Patrons

Though the competition took many turns throughout the evening, it was ultimately “Last Call at Jonestown” from World of Beer in Coconut Creek, Fla. who took home the championship trophy. Along with the trip to Las Vegas, the champion team also won 2014 Old Speckled Hen National Championship medals and $150 each to their representative pub. The second place prize went to “They Made Us Change Our Team Name” from The Flying Saucer in Addison, Texas.

“Old Speckled Hen and trivia are a natural fit,” Tom Rose, VP of Marketing and Sales for Total Beverage Solution, U.S. importer for “Old Speckled Hen” pointed out. “We encourage our consumers to seek out something different, and a pub quiz can offer “Old Speckled Hen” aficionados and adventurous drinkers alike an alternative to the traditional night at the bar.”

About Old Speckled Hen: “Old Speckled Hen” encourages its consumers to seek out something different by offering a selection of ales for the inquisitive, worldly and clever drinker. First brewed to celebrate the 50th Anniversary of the MG car factory, Old Speckled Hen boasts full, smooth flavor and a blend of malty tastes. The classic ale is joined by two other hen flavors, Old Golden Hen and Old Crafty Hen. Follow the brand on Facebook at www.Facebook.com/OldSpeckledHenUSA and on Instagram at @OldSpeckledHenUSA.