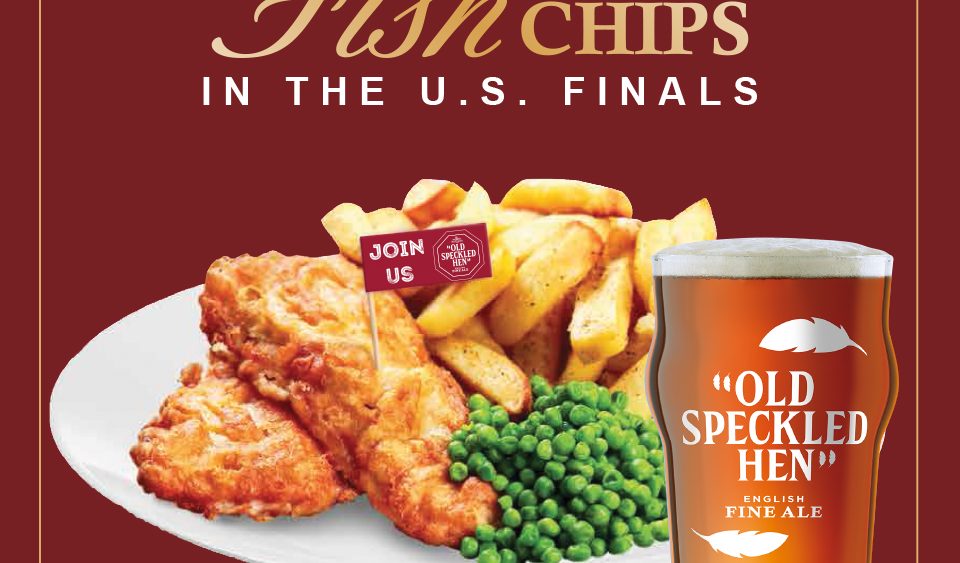 What makes the perfect Fish and Chips? Is it the perfectly fried batter, evenly enveloping flakey white fish? Or are the chips what really make the dish – both crunchy on the outside and fluffy in the middle? Or at the end of the day, is it really the mushy peas that steal the show?

The UK’s most beloved English Ale, Old Speckled Hen will tell you it’s all a matter of beer pairing, of course. In November of 2016 the brand set off to find a perfect pair for their creamy English Ale and went on the hunt for the Best Fish and Chips in America.

From the top of the Appalachian Mountains to the tip of Florida’s panhandle, to the middle of the lone star state to California’s West Coast – over 160 restaurants entered the competition to prove their pub classic was America’s best. The preliminary round depended on pub patrons to vote their local to the top spot, narrowing the list down to just 5 establishments: San Diego’s The Shakespeare Pub and Grille, Las Vegas’s McMullan’s Irish Pub, Arizona’s The Codfather, Texas’s From Across the Pond and Florida’s Ye Olde Falcon Pub. Over the course of 5 days in late February, 2017, Old Speckled Hen’s Brewmaster, Ross O’Hara and Export Manager, David Patmore-Hill, took a jaunt across the pond and visited each finalist pub to taste their Fish and Chip dish.

Each pub was rated based on four categories: Batter, Fish/Dish, Chips and Other. The judges looked for the freshness of the batter and fish, presentation and perfectly crisped crisps. The final judgement came down to how well the dish complemented Old Speckled Hen.

Over 90,000 pub patrons voted to map out this great tour of the Best Fish and Chips in the U.S. giving great visibility to the brand across the United States. Each pub offered their own unique twist on the dish. O’Hara and Patmore-Hill tasted gluten free batter, Old Speckled Hen beer batter, even batter imported directly from the UK, yet only one dish could reign supreme.

After much deliberation (and many helpings of raw vegetables) The Shakespeare Pub and Grille in San Diego took home the 2017 title. The winners received an Old Speckled Hen party thrown in their honor, plus a plaque displaying their title for the upcoming year.

Pubs hungry to get their hands on the title can test their frying skills again in November for a chance at the Best Fish and Chips in the US 2018 title.