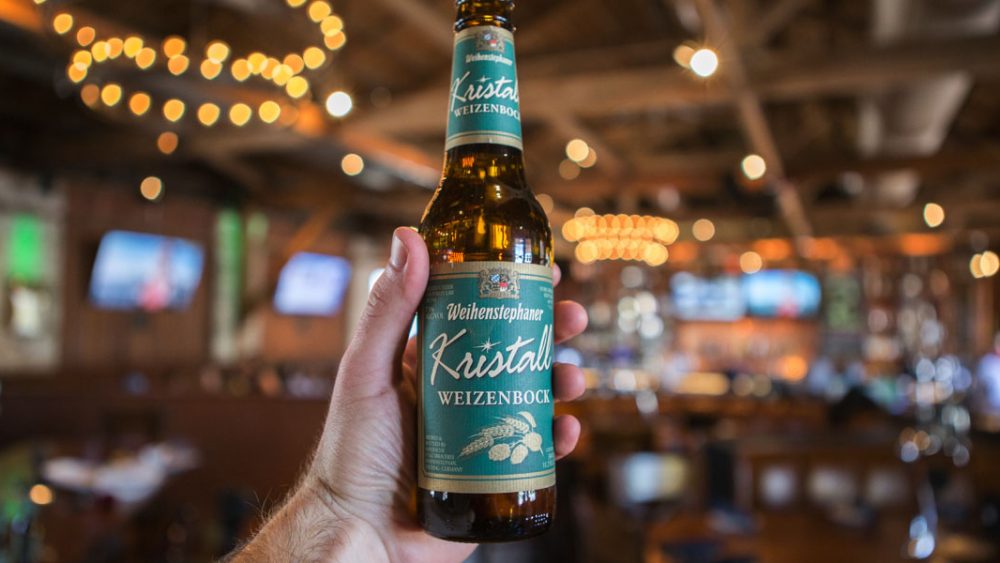 Tucked away for the last 50 years, a piece of history from the world’s oldest brewery, The Bavarian State Brewery Weihenstephan, will get a second life as a new, limited release beer. Kristallweizenbock, a 7.5% ABV weizenbock, is inspired by an old label found in Weihenstephan’s vault dating back to the 1950’s. The one-time release will hit shelves nationwide, this April.

Johannes Weiss, Weihenstephan’s Sales Manager Export, discovered the label digging through the brewery’s nearly one thousand-year-old archives. “I thought, as a brewery world-acclaimed for wheat beer specialties, brewing one wheat beer style that is hardly available is something very special.” When Weiss discovered the 1950’s Kristallweizenbock label, it sparked an idea. “I suggested using hops with ‘crystal’ names,” said Weiss, “smaragd (emerald) and opal. [These hops] add fruity flavors to the beer and complement the name.” From there, Brewmaster Tobias Zollo continued to develop Weiss’ idea, building out the malt bill and other flavor profiles.

Kristallweizenbock differs from Weihenstephan’s traditional weizenbock, Vitus, as it is filtered and has a stronger focus on hops, without being too “hoppy.” Poured clear into a specialty Kristallweizenbock glass, the beer is a pale golden color at 8 EBC units. “This glass is important,” says Weiss, “the shape of the glass helps to present the beer’s flavor notes in the most perfect way.” Inside the glass, beer connoisseurs will note the familiar balance found in all Weihenstephan beers; this one balancing delicately between the distinctive fruity flavors of the “crystal” hops and strong banana notes commonly associated with wheat beers.

“Kristallweizenbock is a very special beer style,” noted Weiss, “a niche within a niche, but still it fits perfectly to our existing portfolio.” Weiss suggests pairing with seafood, like a Pike-perch fillet, as Kristallweizenbock will stand up to intense flavors.