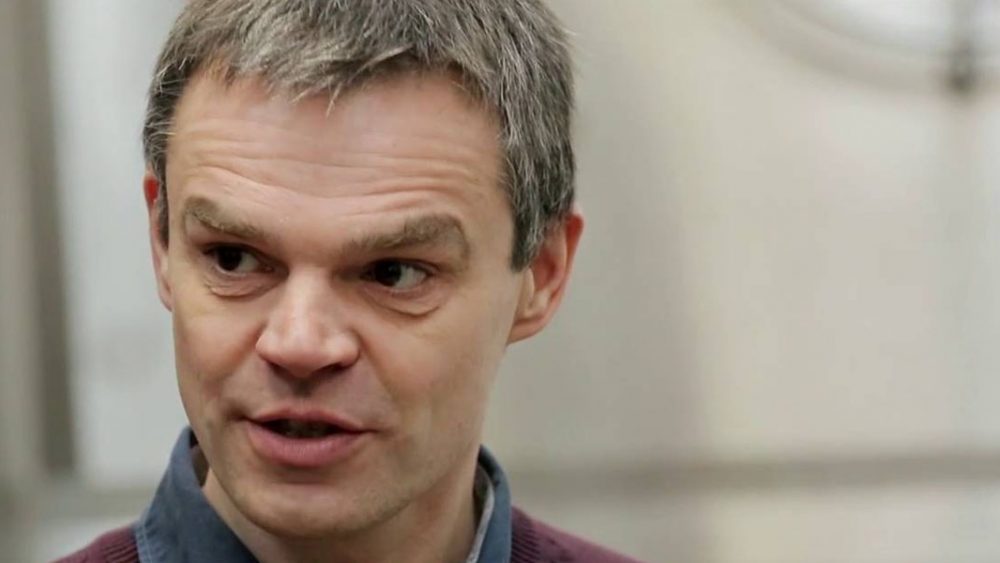 Fourth-generation Brew Master of Brasserie Dupont, Olivier Dedeycker, will tour the U.S. this June to promote the launch of Deux Amis Saison, his collaboration with California’s Lost Abbey Brewery.

This trip marks the first visit to the United States by any family member of the iconic Brasserie Dupont in its 172-year history. Mr. Dedeycker will be traveling from New York to Los Angeles with four-time Great American Beer Festival Brewer of the Year, Tomme Arthur of Lost Abbey, to speak with brewers and beer aficionados alike. This multi-city tour will provide trade and consumers with the opportunity to meet the brewers to gain insight into the craft of producing classic Belgian farmhouse ales, as well as discover Deux Amis – the limited edition American-Belgian collaboration – and what it took to bring this project to life.

For over two decades, Mr. Dedeycker has devoted himself to preserving his family’s traditional brewing techniques.
“It’s certainly not the most economic way to work,” noted Dedeycker, speaking about his traditional brewing techniques and brewing equipment. “I mean we could produce beer cheaper, with different materials, but the spirit would be different.”

Dupont Brewery is renowned for producing Saison Dupont Vieille Provision, the most admired and imitated Saison in the world. Mr. Dedeycker will be making limited appearances at events in New York City, Philadelphia, Los Angeles, San Diego and San Francisco during his visit to the US. For more information about his visit, contact BelgianExperts@TBSBrands.com.

Brasserie Dupont was established as a farm brewery in 1844 in Tourpes, Belgium. Now run by Master Brewer Olivier Dedeycker, a fourth-generation member of the Dupont family, the brewery is most well known for producing Saison Dupont Vieille Provision. Named the “Best Beer in the World,” Saison Dupont is considered the benchmark of one of Belgium’s most influential beer styles. For more information, visit BelgianExperts.com.

Founded in 2006, Port Brewing and The Lost Abbey produce an extensive line-up of continental and American inspired ales and lagers. Under the direction of visionary Brew Master and co-founder Tomme Arthur, the brewery and its beers has garnered dozens of awards for their complexity, unique flavors and bold boundary-pushing styles. For more information, visit LostAbbey.com.

Along with the revered Dupont yeast and techniques perfected over two centuries, Deux Amis receives its decidedly state-side flavor from the addition of American Amarillo and Simcoe hops. A complex and thirst-quenching beer, Deux Amis has the trademark flavor of Dupont’s signature peppery yeast accentuated with vibrant notes of tropical fruit—grapefruit, passion fruit, mandarin and mango—all balanced by aromatic hints of clove and pine. It makes the perfect companion to spicy cuisines, stir-fries, fresh fish and bright, citrus-y marinades. For more on Deux Amis, visit DeuxAmisBeer.com.